Temptation. Seduction. Forbidden pleasure.
As the right-hand man to The Don, Riccardo Rossi’s role is all about Duty. Respect and Honour. Being the crime boss’s daughter, Lorena Morassi is forbidden. Although she is young and off limits, that doesn’t stop Riccardo from wanting her. She is a pure temptation and to have her would be a betrayal to his Boss and his mafia family.
Lorena has wanted Riccardo for years and she knows he wants her, too. Being with him would only cause bad blood between her father and his right-hand man. She doesn’t want their strong friendship to be ruined, but her feelings for him grow, and Lorena knows she can’t stay away. But a night of seduction and forbidden pleasure changes everything.
Betrayal will not be tolerated and long-standing friendships will be broken.
Warning: This book contains violence, excessive language, and strong sexual content. It’s intended to be read by mature audiences

Riccardo and Lorena make a smoking hot couple. Their intensity is off-the-charts hot and their story is pulled together with a great pace and a huge amount of action.

The story develops in a way which kept me on my toes as I held my breath, hoping the two of them would finally get their selves sorted out. Their journey there is explosive.

Great sex scenes, a lovely bit of sweetness, several moments with great tension and a rawness to some of the scenes which were crazy as well as amazing. 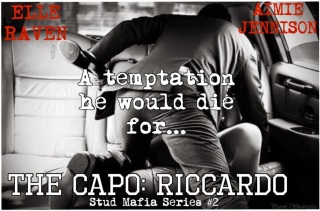 OTHER BOOKS IN THIS SERIES

Book One
The Don: Sebastiano

EMAIL ~ WEBSITE ~ FACEBOOK ~ GOODREADS ~ AMAZON
Elle Raven is a new and upcoming Aussie author who lives in Adelaide, South Australia with her husband and three young children. Elle can usually be found with her iPad or laptop computer permanently glued to her. She began writing from a very young age. In fact Elle used to write plays and musicals when she was in high school. Having such a flamboyant personality she even performed in them herself Always an ‘actress’ and always the star.
Elle loves reading and writing about an alpha-male hero. If she can’t read about one that is alpha enough to suit her she will take it upon herself to write one.
Elle’s books will feature an alpha-male hero who will come tumbling to his knees in lust and love when he finally meets the heroine of his dreams. Rest assured that in an Elle Raven book, the hero will never cheat.
Elle would love to hear from you. Please email her or visit her Facebook page. She loves connecting
with people and having a chat with the readers about her books or any other books you may have in common. 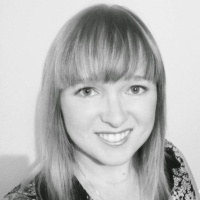 FACEBOOK ~ WEBSITE ~ GOODREADS ~ TWITTER ~ AUTOGRAPH ~ AMAZON
Aimie Jennison is a Yorkshire lass living in Western Australia, with her three boisterous boys and her husband. Aimie loves to people watch; it’s her favourite way to come up with new characters and stories. So next time a stranger is staring at you in the street, don’t panic, it could be an author basing a character on you.
Aimie has always loved to read and write. Her favourite place to listen to her characters is at the beach.
Aimie would love to hear from you. She would be happy to receive an email or post on her Facebook page; she loves chatting with like-minded bookworms.

Join 8,500 other followers
My Tweets