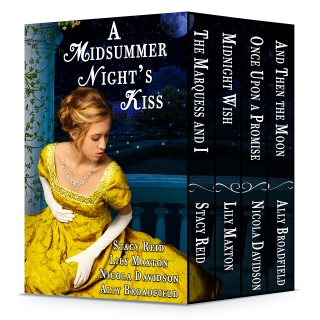 BLURBS
THE MARQUESS AND I

Lady Willow Arlington, hauntingly lovely, is also blind and known by the ton as the dowry-less daughter. Alasdair Morley, the Marquess of Westcliffe, is in need of an heiress, but Lady Willow should be the last person he craves after she was persuaded to reject his offer of marriage when he was a mere third son. Passion reignites between them, and he makes an enticing offer she cannot resist, drawing them into a dance of lust and love despite the misgivings in his heart.
MIDNIGHT WISH

Heiress Jane Cartwright wants a suitor who likes her instead of her dowry. Her parents want a titled son-in-law. When a stranger falls out of a tree and lands at her feet at the Midsummer Ball, she’s intrigued with this charmingly awkward, science-minded man. She thinks her deepest wish has been answered when she finds out he’s titled. But Jane learns that wishes can be fickle, and her whirlwind romance might just be too good to be true…
ONCE UPON A PROMISE

Long abandoned by her aristocratic soldier husband, Emma Montclair craves a formal separation. To forget the man who pulled her into his glittering, stifling world, introduced
her to sizzling passion, then broke her heart.
Home at last, Major Caleb Montclair offers the wife he never stopped loving a counter-bargain: Grant him the six weeks until Midsummer Night to win her back. But even as old
tenderness rekindles, lost time and shocking secrets threaten their second chance…
AND THEN THE MOON

After unexpectedly inheriting a viscountcy, Duncan Newfield must join society. He seems to be the only one not enjoying the Midsummer Night’s Ball – until he discovers Lady Madalene Parish hiding in the garden. Her father, Lord Gilmanton, has ordered her to accept a marriage proposal, any marriage proposal, by the end of the season. A bargain is struck and they enter into a fake engagement, but once they realize they might be perfect for one another, unexpected complications arise that may prevent them from having a future together.

Amazon US I UK I AU I CA

Barnes & Noble I iTunes I Kobo

END_OF_DOCUMENT_TOKEN_TO_BE_REPLACED 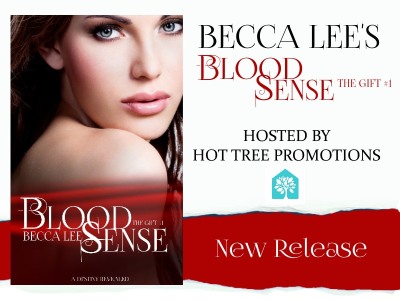 Through the darkness of her nightmares, her destiny will be revealed.
Author: Becca Lee
Title: Blood Sense
Genre: Paranormal Romance
Series: The Gift #1
Releasing: July 5th
BLURB
Struggling to forget her recurrent dream, Lexi finds herself plagued by images of blood, desire, and a pair of mesmerising green eyes. What’s more is she’s having difficulty explaining the subtle changes taking place inside her. Faced with decisions that leave her challenging all she has ever known, Lexi has to decide if she can put her faith in the mysterious Reid.
One thing Lexi is certain about is following the path laid out before her has never been so enticing.
21,000 word novella. Part one of four novella series. 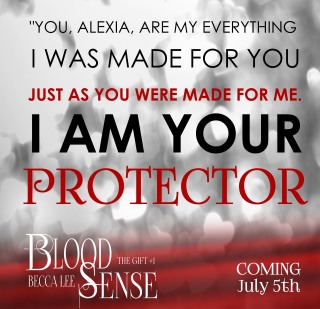 Spending the last few years near the Queensland coast, Becca is rarely out of the sea or off the beach. Dragging her long board with her and her overworked Kindle Fire, Becca enjoys her three addictions: reading, surfing and ogling surfers, one of whom is her husband of ten years.
She can still be found regularly on the beach with her family. Becca tends to leave the surfing to her boys; she’s far too busy immersed in her own writing or, of course, with her head still buried in a new read.
Facebook ~ Goodreads ~ Website ~ Twitter ~ Newsletter